Choosing the best light for the moment

Strong side lighting and odd composition for My Final Photo for May 16, 2013

Seven photos from today’s photo trek are categorized by the strong compositional emphasis of light.

A common element for many feature photos is the wait. find a spot where you think a photo will happen in the near future, stand in the right spot, and wait. I did and was rewarded with a smoker taking a break from Old Bag of Nails.

I began collecting the photos I’d hoped for.

First was the one above with the strong side lighting and lengthy shadows. I’d hoped he would move a little to his right placing him inside the triangle of shadows and sidewalk. but he never did. 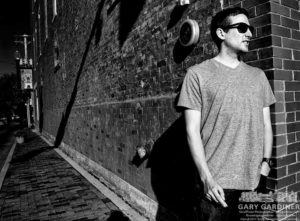 Next I moved closer and put the sun at my back for the photo at right.

There is also an iPhone Hipstamatic Tintype version at iPhoneography.us.

There is an earlier attempt but I never got past the iPhone phase as she kept moving limiting my attempts to one frame with the iPhone.

There is a third photo I liked but it is from a different spot. Late in the evening while the sun is still high in the sky to hit the building along the east side of State Street, several shafts of light reflected by the windows on the second and third floors of Old Bag of Nails fall on the sidewalk across the street. I’ve tried several times to shoot someone in this light but distracting backgrounds and the angle of the light makes it difficult. 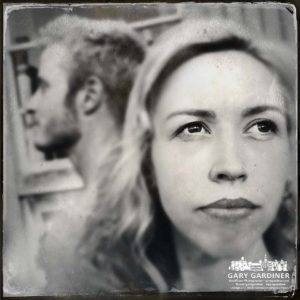 After stealing a couple away from shopping at Cinda Lou’s I positioned them in one of the light beams for another attempt. Shooting with the DSLR was again a failure, especially when your subject has only a few moments, the light is constantly changing position and location, and the first idea isn’t really working.

There is a time limit for shooting strangers. Each one is different. There’s no formula. Usually it is about a minute unless you can begin a lengthy dialogue that holds their attention and lengthens their stay.

I kept them just past the point where it became awkward. just long enough to grab the iPhone for a Hipstamatic Tintype portrait.