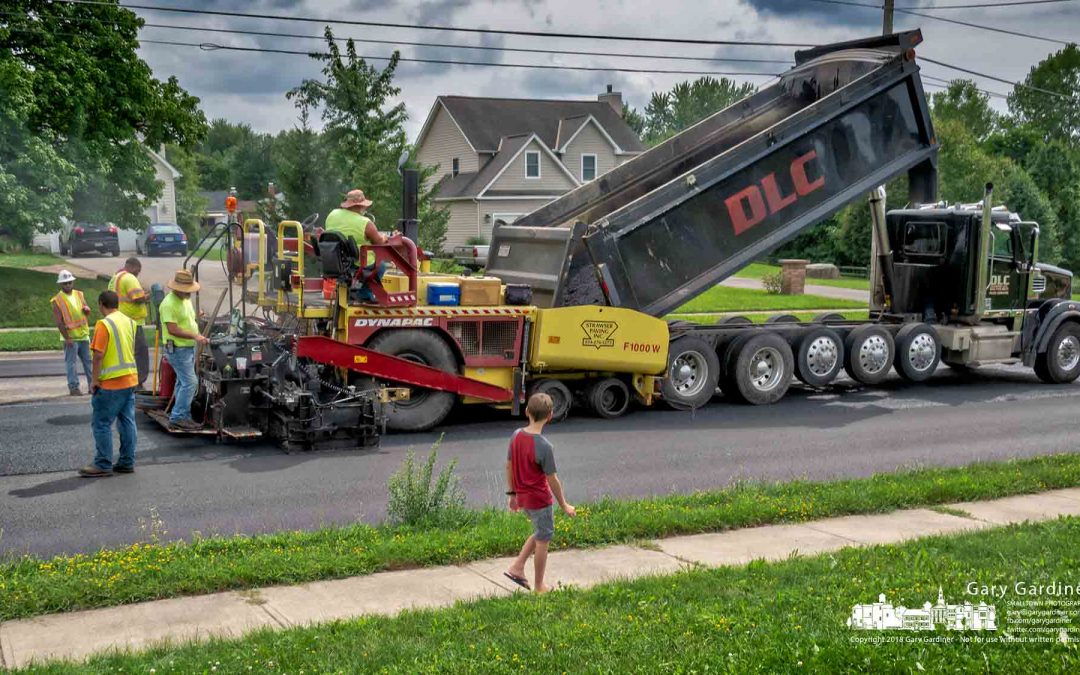 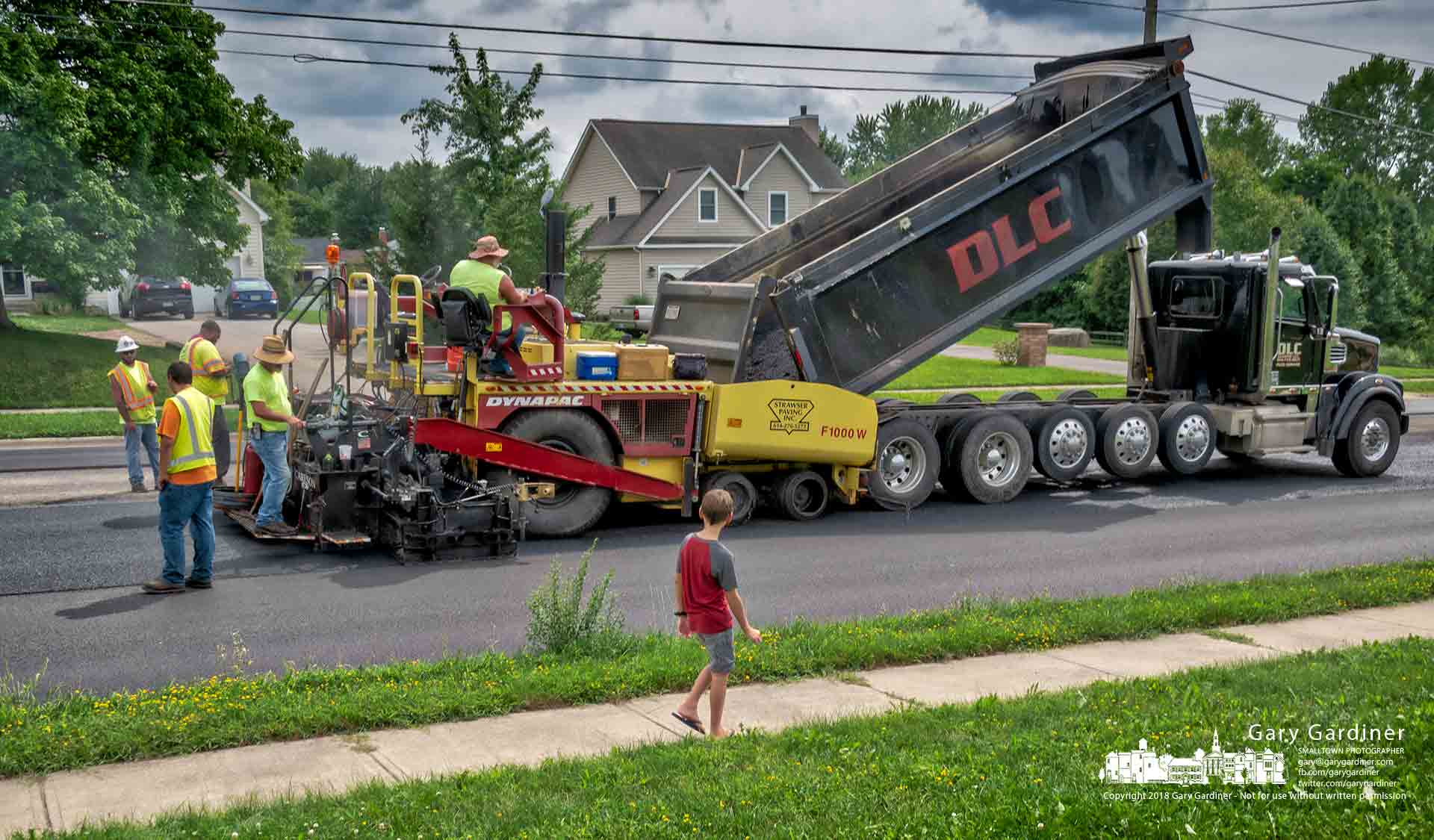 A young boy runs ahead of his family to get a closer look at a paver laying asphalt on County Line Road. My Final Photo for Aug. 2, 2018. 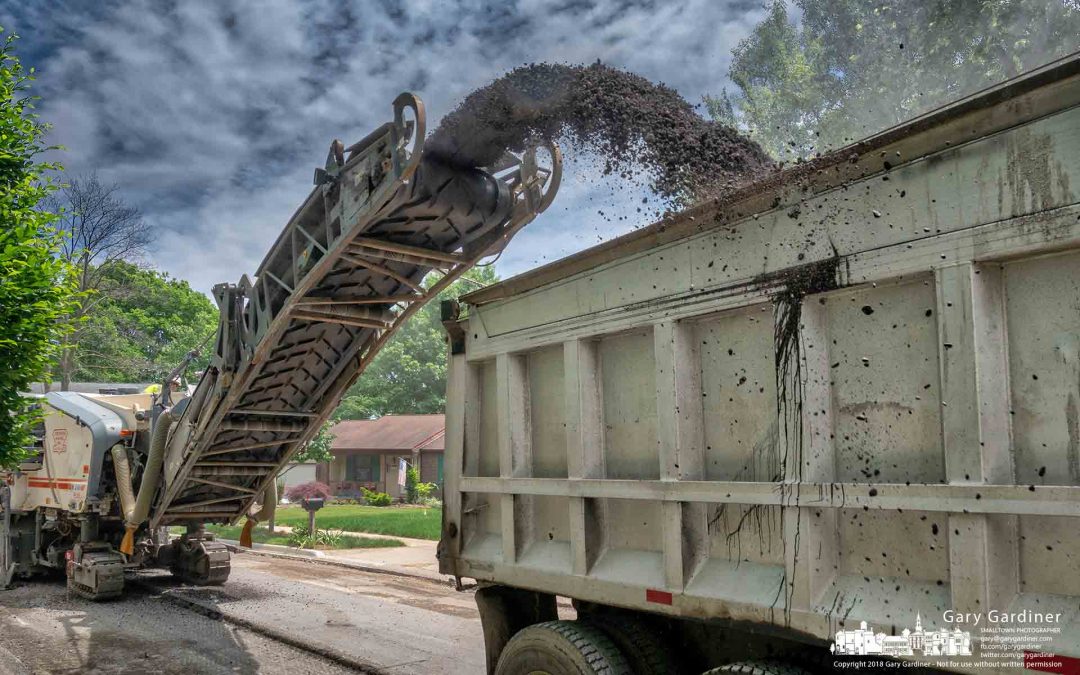 Run Of The Mill Day 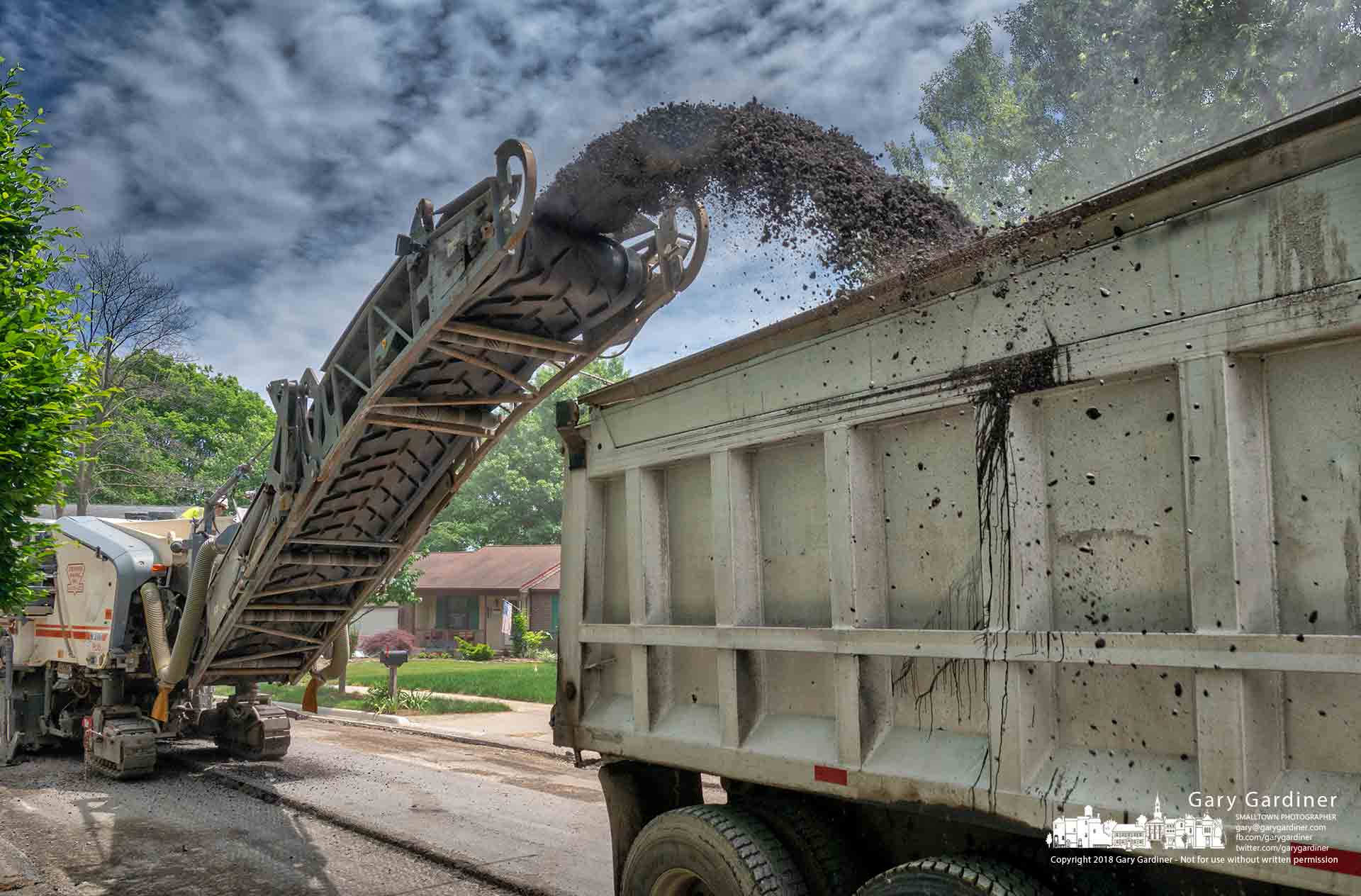 A milling machine spits shards of asphalt from Timberbank Lane into a dump truck as a paving crew begins the process of upgrading the cul-de-sac with fresh pavement. My Final Photo for May 29, 2018. 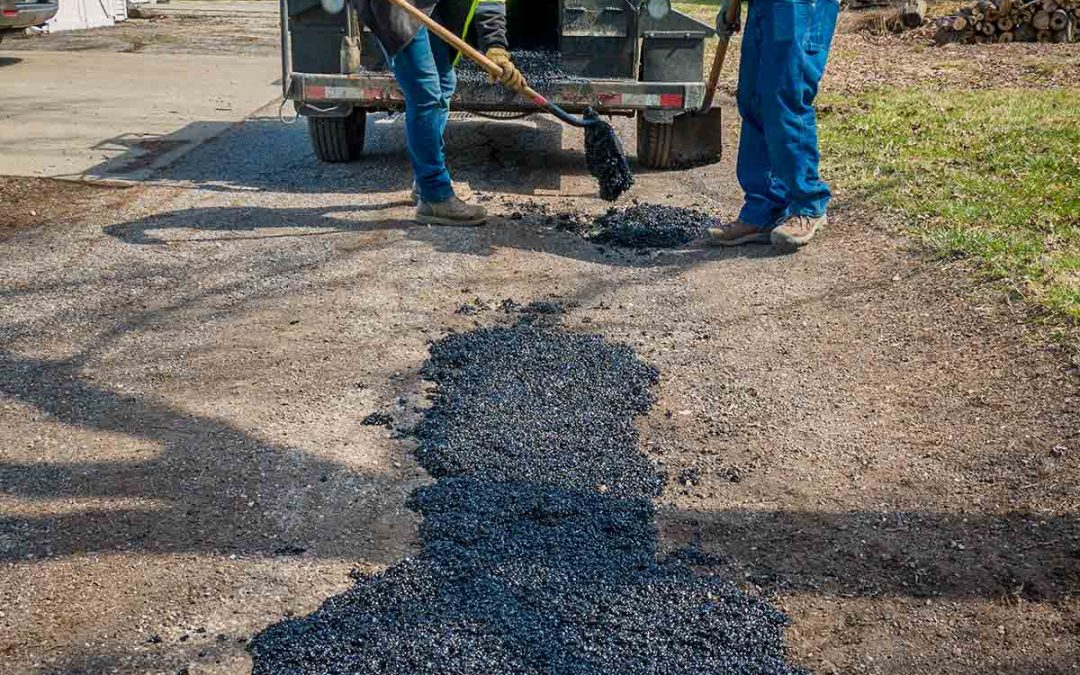 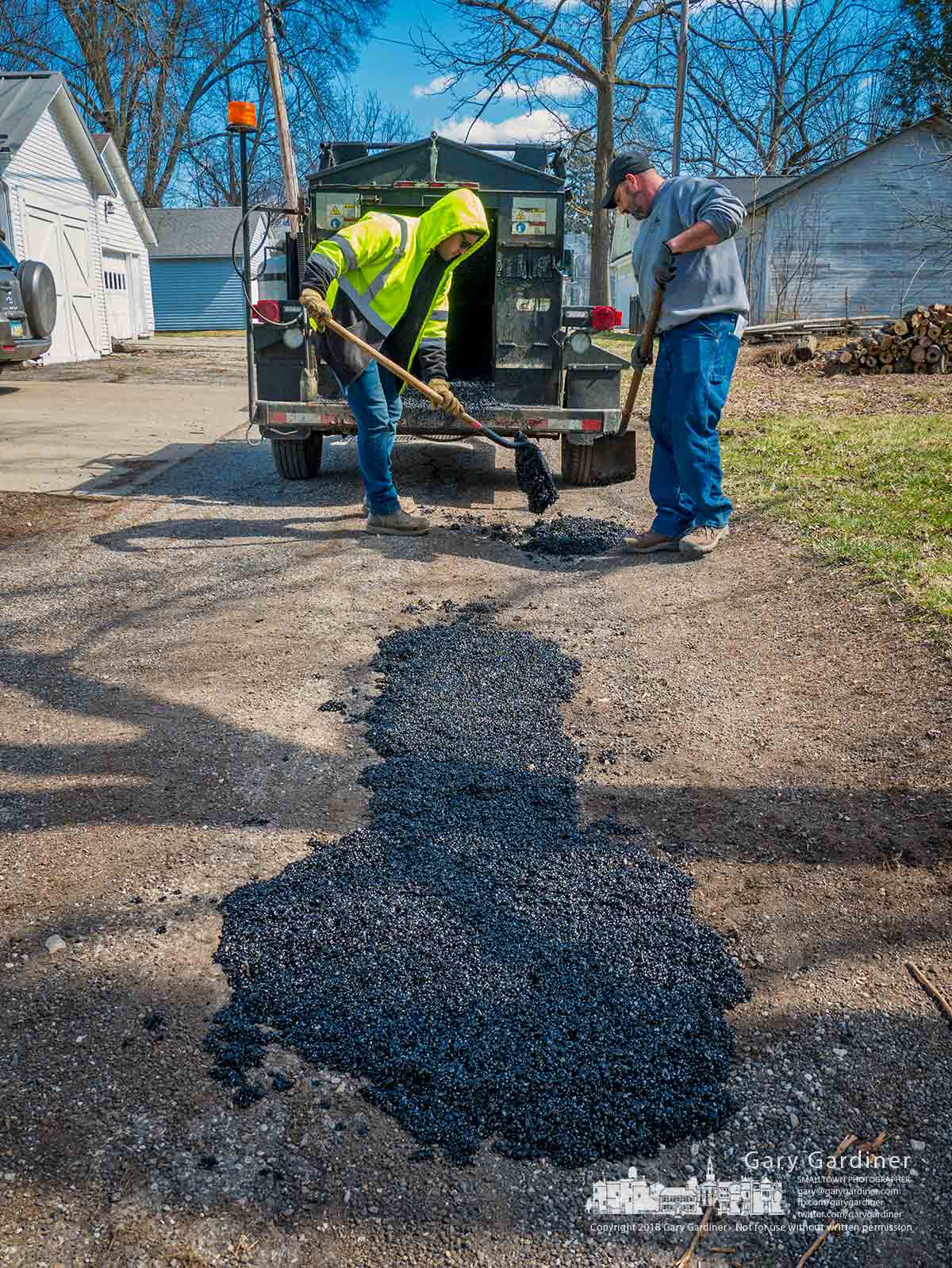 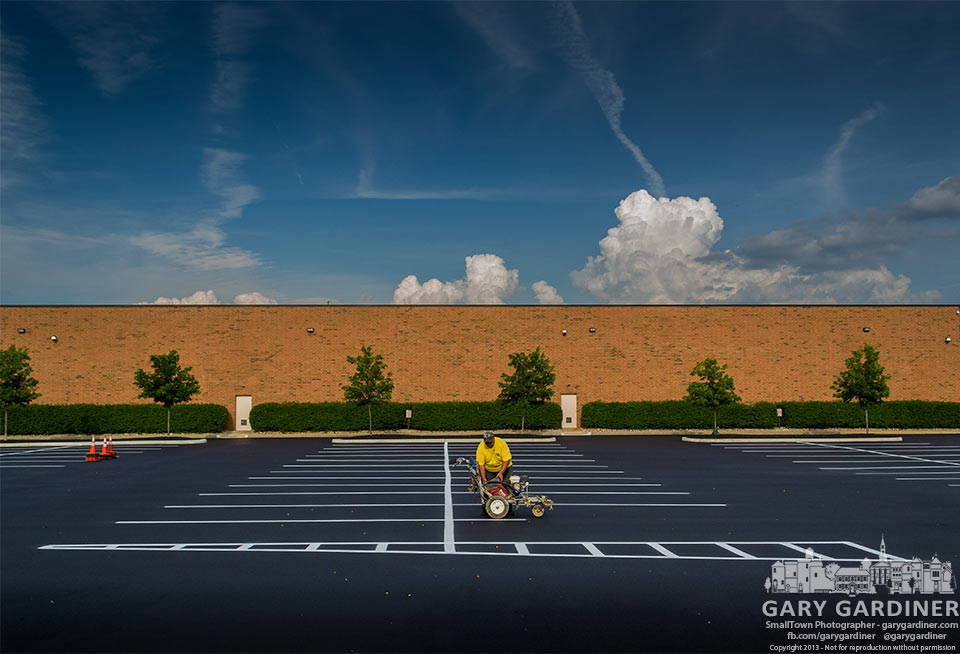 Striping the lot late in the afternoon 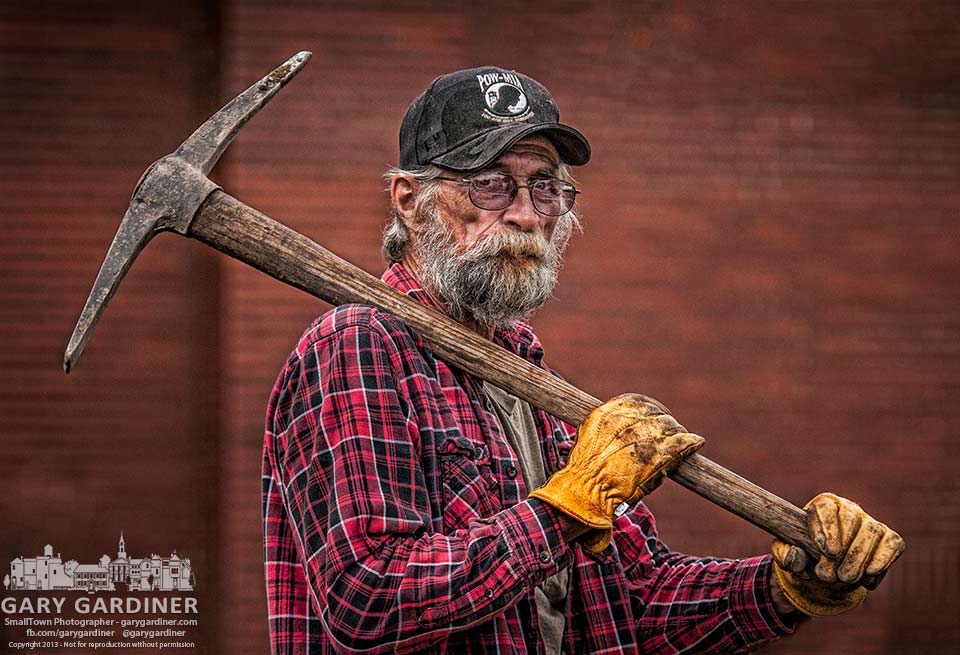