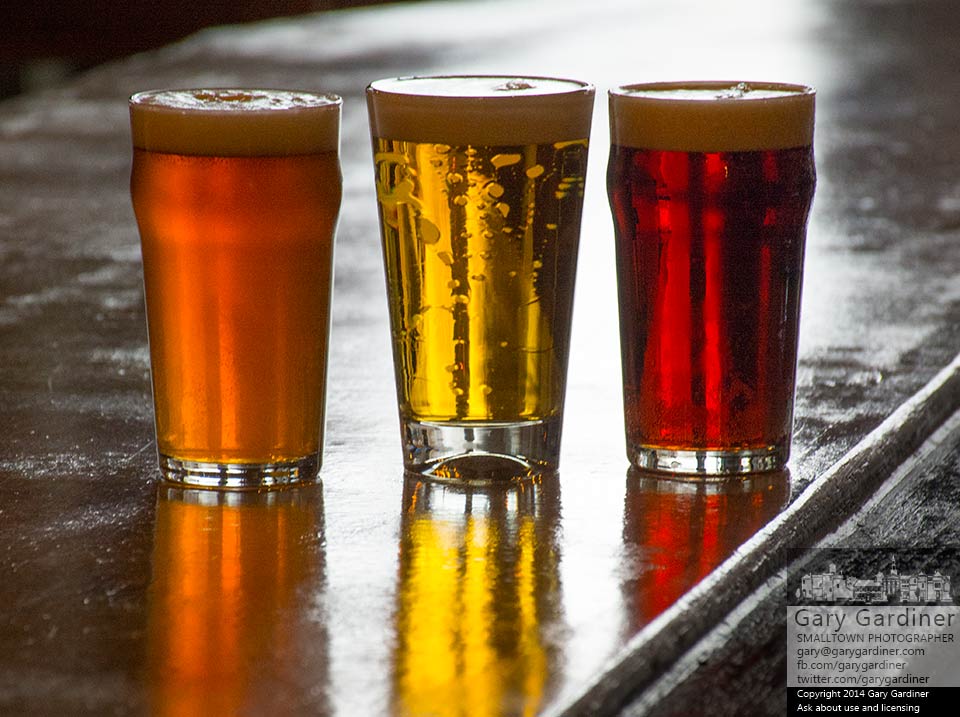 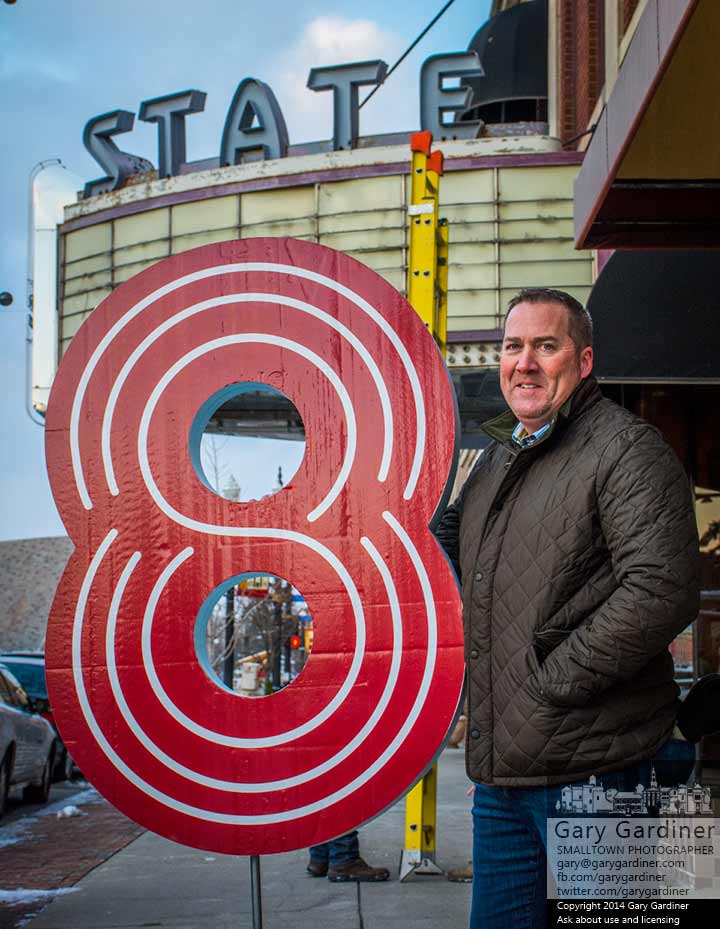 Kevin Campbell, owner of 8 State Bistro, stands with the mockup sign used to demonstrate to the Uptown Review Board how the neon number will look once it is placed atop the theater marquee when the restaurant opens. My Final Photo for Nov. 20, 2014. 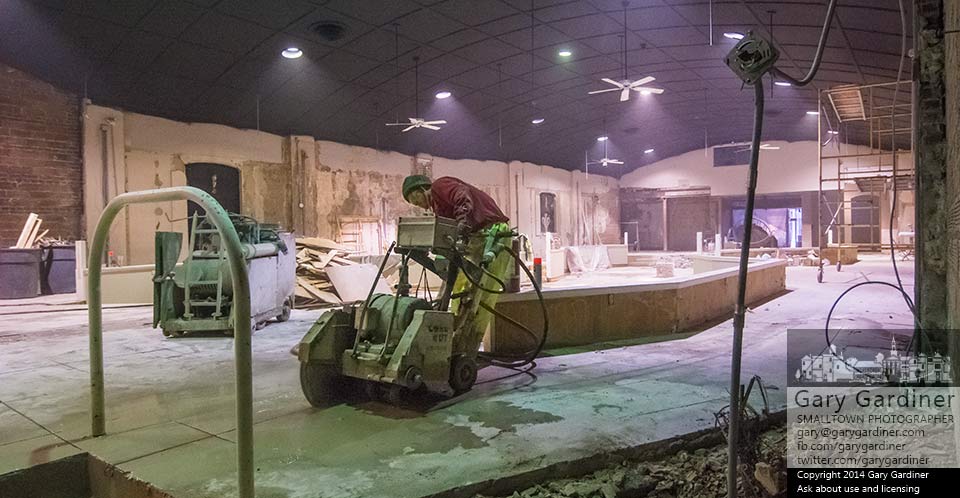 Cutting the floor for a new kitchen

A concrete cutter makes the last slices into the stage floor in the State Theater to make room for gas and water line improvements where the 8 State Bistro kitchen will be built. My Final Photo for Nov. 19, 2014. 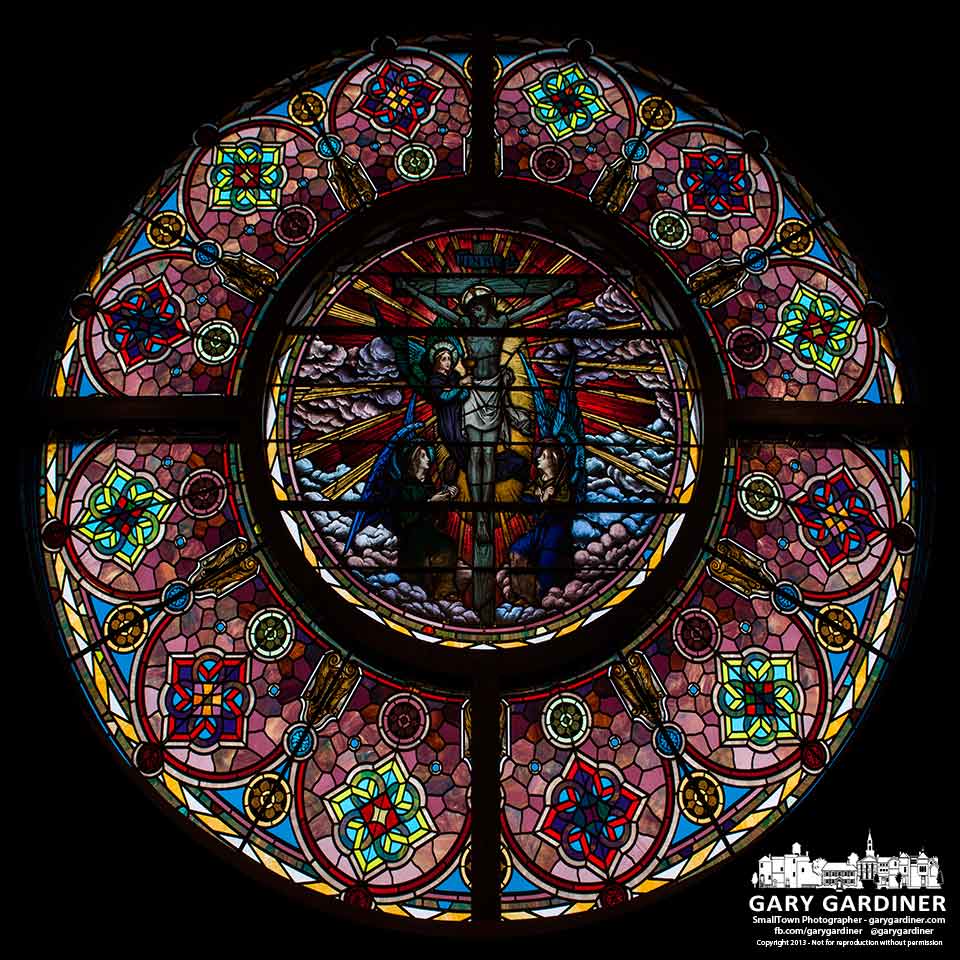 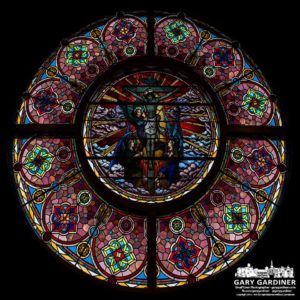