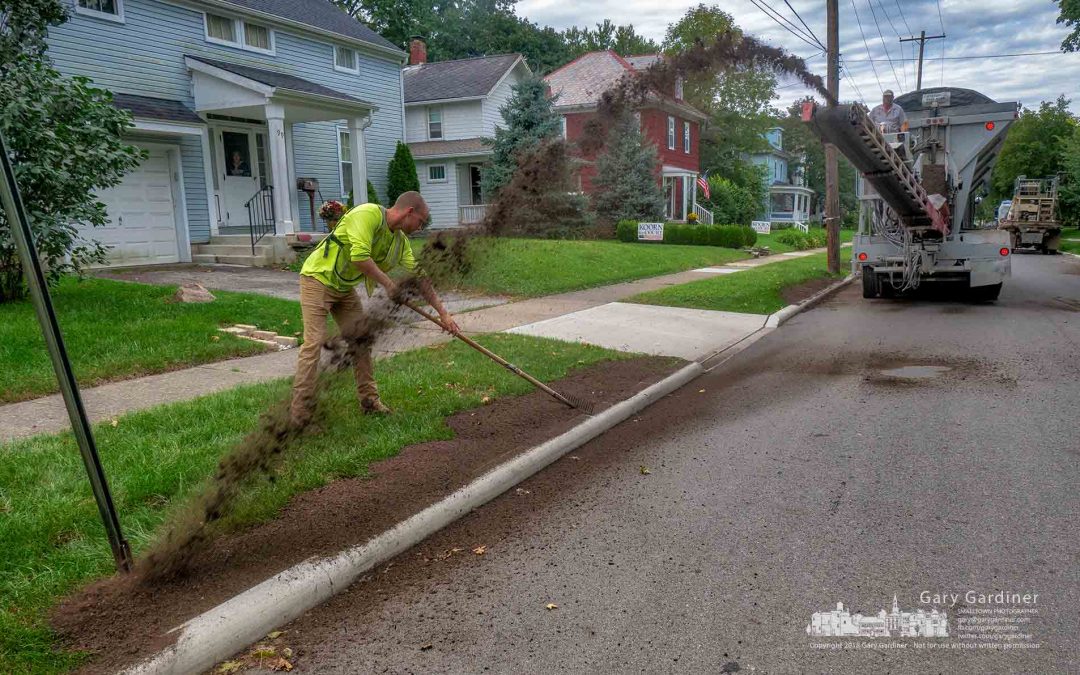 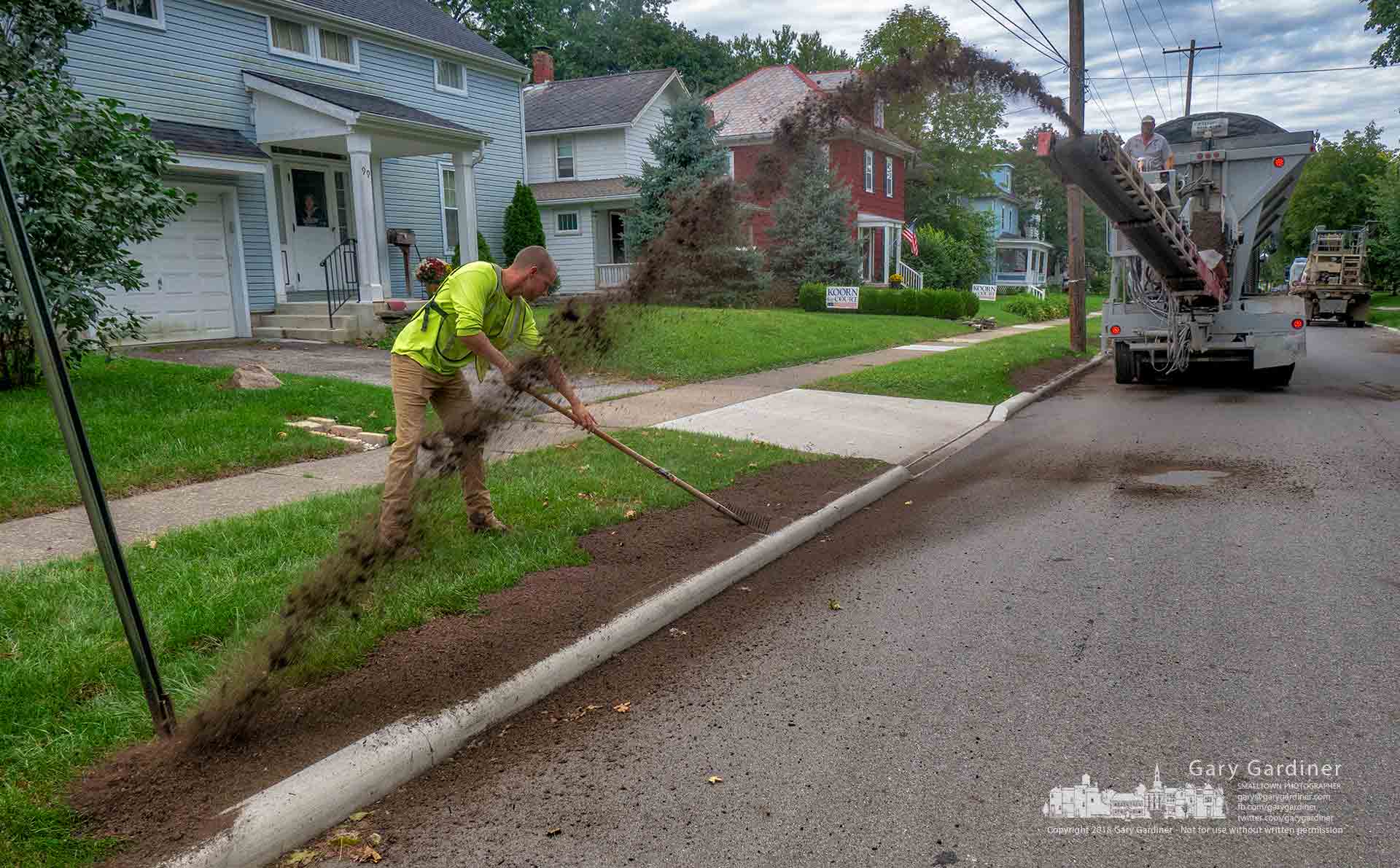 East Broadway Gets Green Again – A roadside landscaping crew slings topsoil along the curbs on East Broadway to complete the process of rebuilding the street from State to Vine after laying new grass seed. My Final Photo for Sept. 27, 2018. 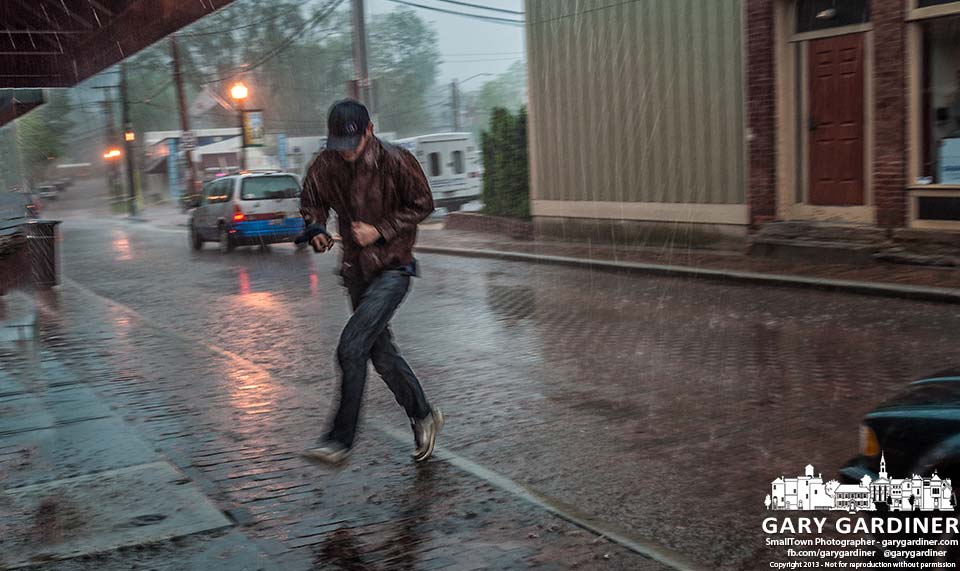