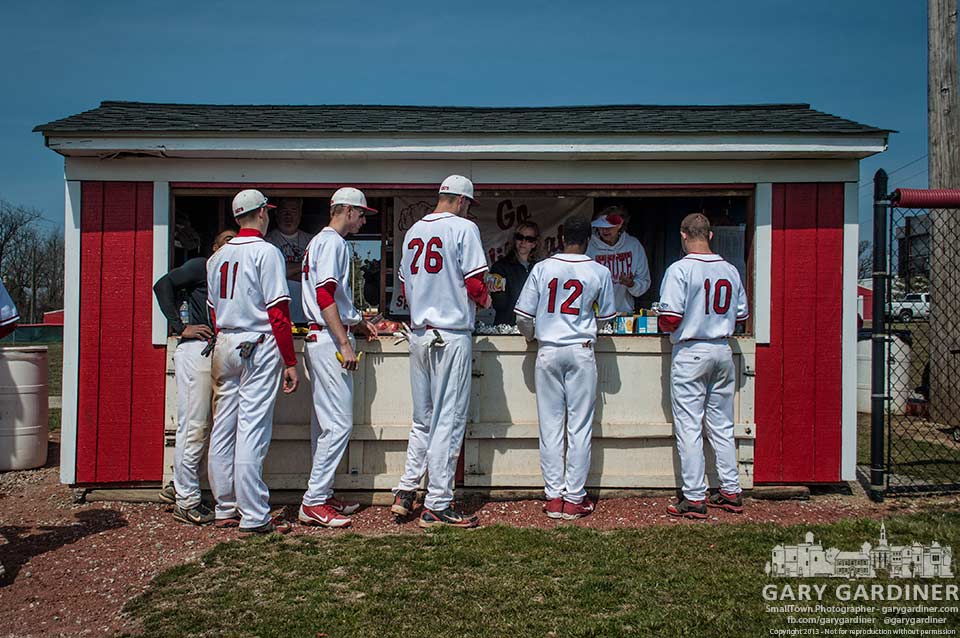 Baseball, Chevrolets and Fords, and beer 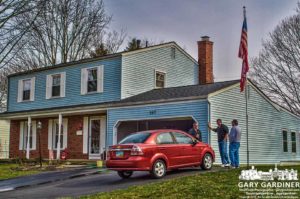 A slice of Americana. Beer, cars, and a flag.

I was offered a lot of liquid refreshment while on my bike ride, with cameras, today.

Fortunately several were for beer including this spot of Americana near my house.

Suburban house. Flag pole with a flag. Chevrolet in the driveway. Ford in the garage. Beer in the hands. NCAA basketball on the brain.

I stopped, introduced myself, explained the reason I’d stopped and found them interesting. Then I told them to ignore me as I went about my task of shooting photos.

Earlier in the day I’d shot baseball at Westerville South High School. It was the season opener and a double header against Buckeye Valley. 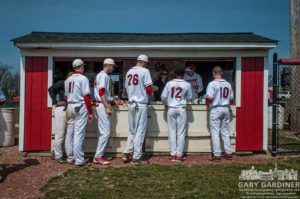 Baseball players line up at concession stand for hot dogs.

It’s rare I shoot action at these games. I usually look for something beyond the linear path of the event that may better describe the people involved or present a different view of what seems to be ordinary.

When I first arrived I noticed the concession stand, staffed by booster club volunteers, was cooking four packages of hotdogs and the countertop was lined with buns cradled in foil and ready to be wrapped.

I waited until the break between games when  the teams were fed and came away with several players standing in line at the stand to get their share of the bounty.

It’s not a spectacular photo. Yet it adds to the Americana collection as a small slice of the linear that may not have been noticed by others.