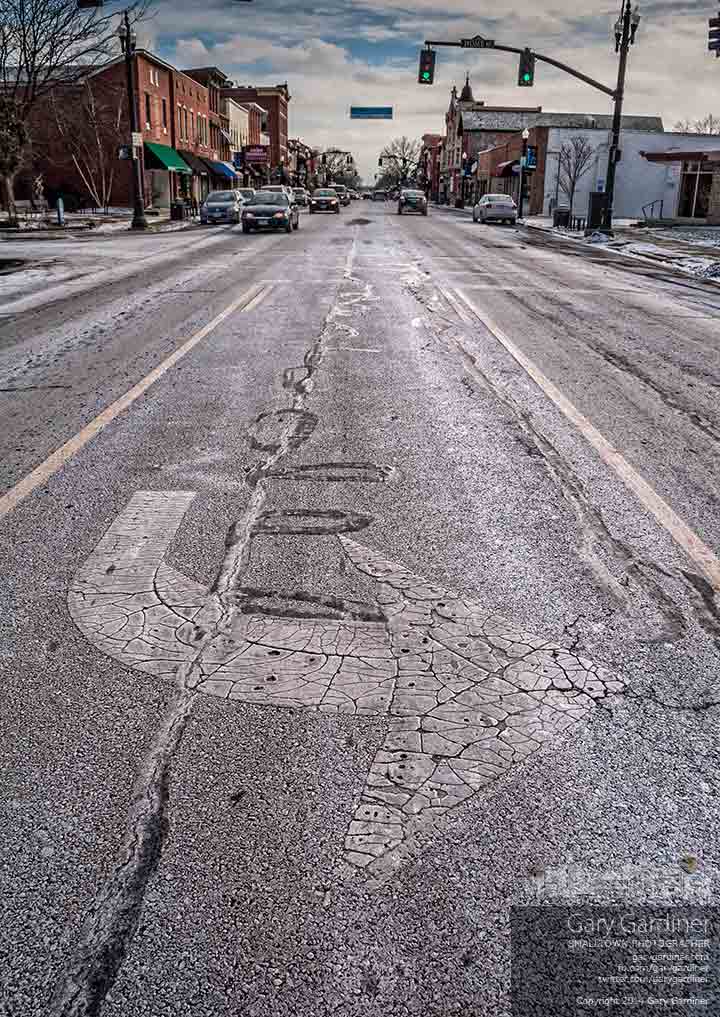 A coating of salt and brine cover some streets after they were treated in anticipation of a heavy snowfall that never happened. My Final Photo for Jan. 7, 2014. 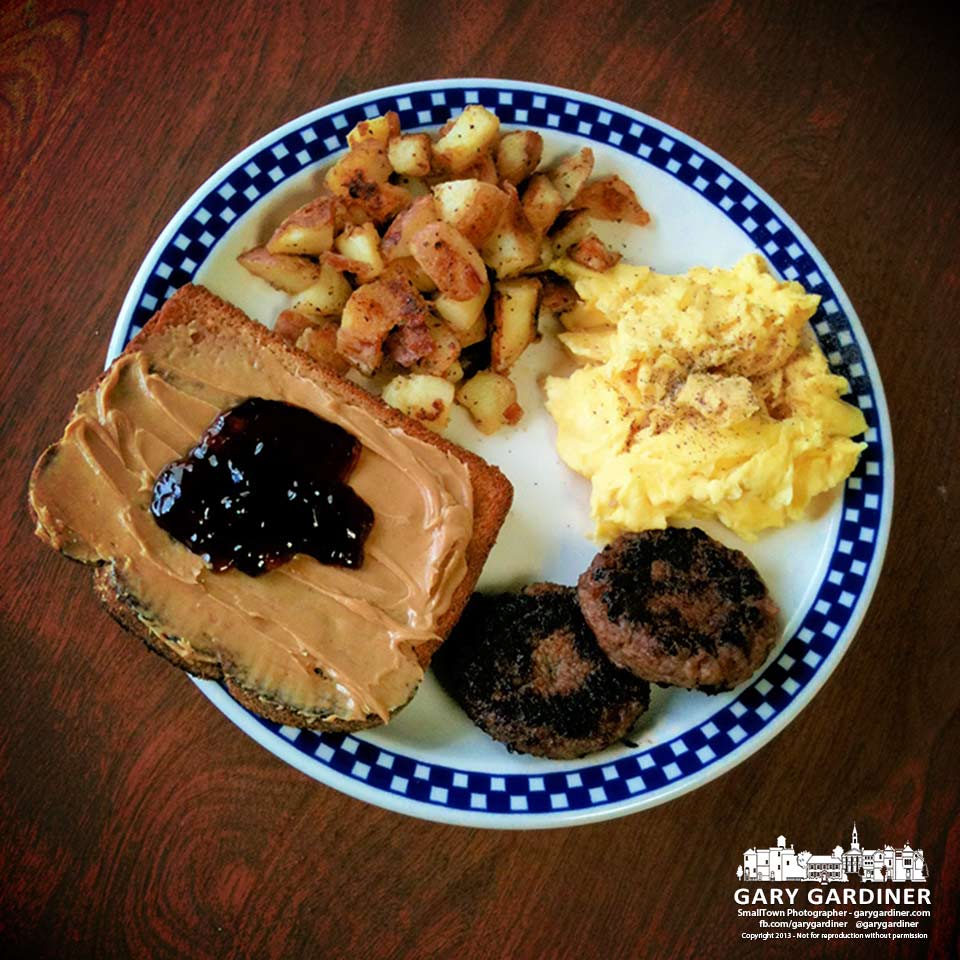 Blue Plate Special series from my kitchen and iPhone 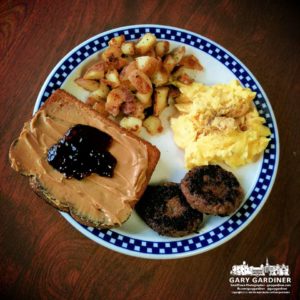 Began the day with another in the ‘Blue Plate Special” series with my iPhone. Not sure how long this will last as there are many repeat meals during the week and I’m guessing anyone who begins to study the series will get  tired of seeing another plate of scrambled eggs and toast, or hamburger with cheese, or leftover spaghetti and meatballs. I also strayed from the original plate with the checked edge. I’ll have to return to that. looking for a bowl with the same design.

While on my bike, which didn’t survive the ride, stopped in for photos after the Otterbein University graduation ceremonies for a photo that, if I were still working for a news organization, would have made a fine state feature photo. You get to see it here.

Otterbein University graduates jubilate when asked by their parents to jump for a photo.