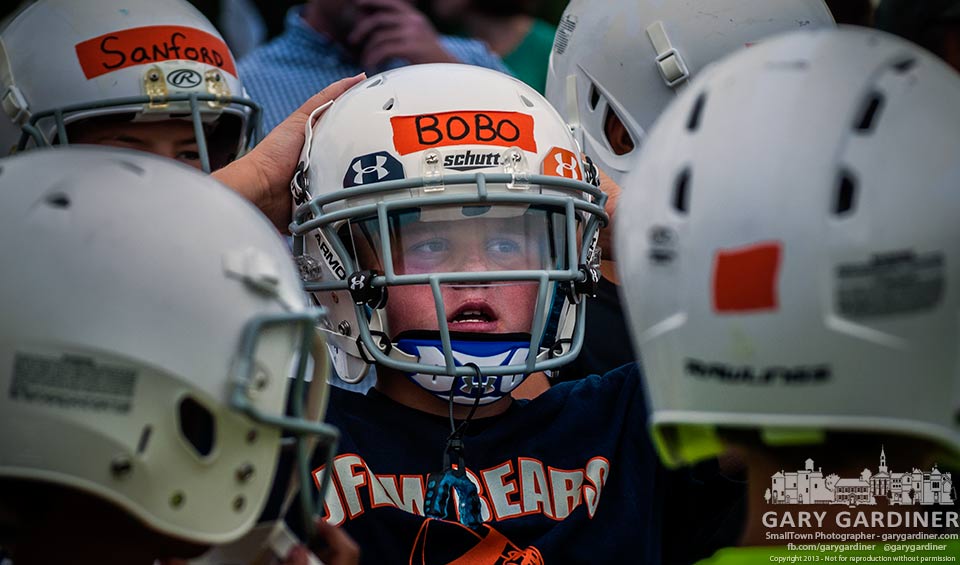 “Bobo” is ready for the first day of youth football as the team begins five days of conditioning drills before practicing with pads. My Final Photo for Aug. 5, 2013. 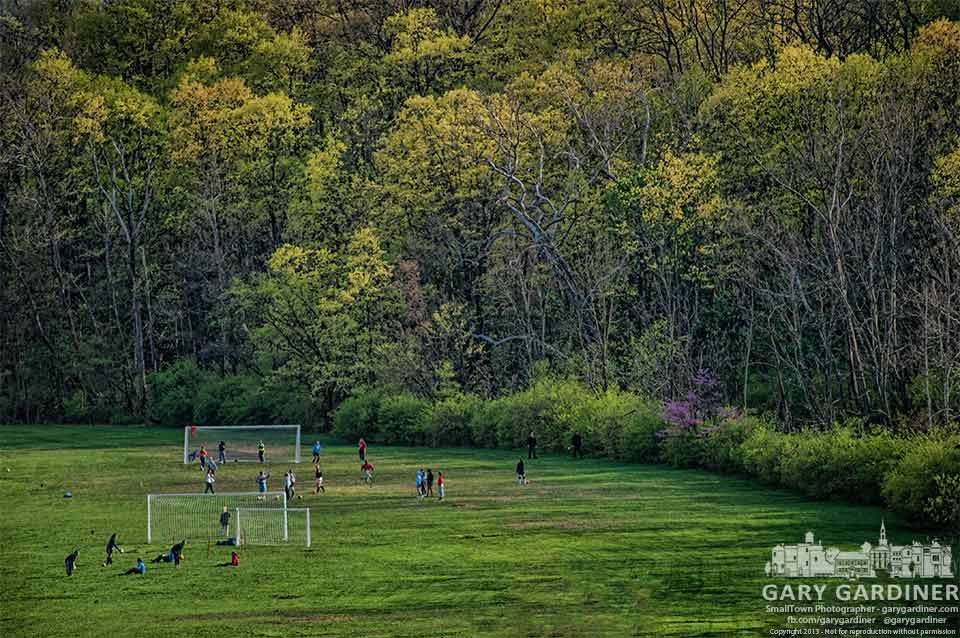 Another day watching the light

A steady flow of runners, walkers, athletes, bikers, and small kids led their parents on a trek across the dam at Hoover Reservoir while I waited for the afternoon clouds to part for just a few minutes at the right time.

There were many other photos to shoot while waiting for soccer practice to begin with the hope the clouds would then separate throwing  a rim light across the freshly green trees and active youth on the fields beneath the dam.

The photo trek, on my bike, included a brief trip off the dam but most of the time for about two hours was traveling end-to-end on the dirt, asphalt, concrete, and steel span observing early shafts of light and the people and places it illuminated. Or failed to illuminate as often one end of the dam would be in shadow and the other in full sunlight making me wish I’d the ability to float over the scene to show the natural variety of light in such a small space.

Even later as the clouds began to thin and light more often fell across the plain below the dam I’d have to scamper to the shelter to get out of a brisk rain shower preceding the brightness.

The wait allowed, or forced, me to try a variety of techniques to shoot a unique photo from the dam. I’ve been there many times and am always looking for something even slightly different from before.

The soccer fields are a previous subject although I’d not shot them with the trees so early in their spring growth.

I used my D300 on the multiple exposure setting for a faux blurred motion photo of the water below the dam and the clouds above. Without a tripod I jammed the camera against a concrete post and a galvanized steel railing to keep it from moving between exposures.

There were more bikes, silhouettes from inside the shelter on the eastern end of the dam, overheads of people running along the roadway, more blurred action of cyclists and joggers, and a fisherman at the end of the day.

Not bad for two hours of bad weather. 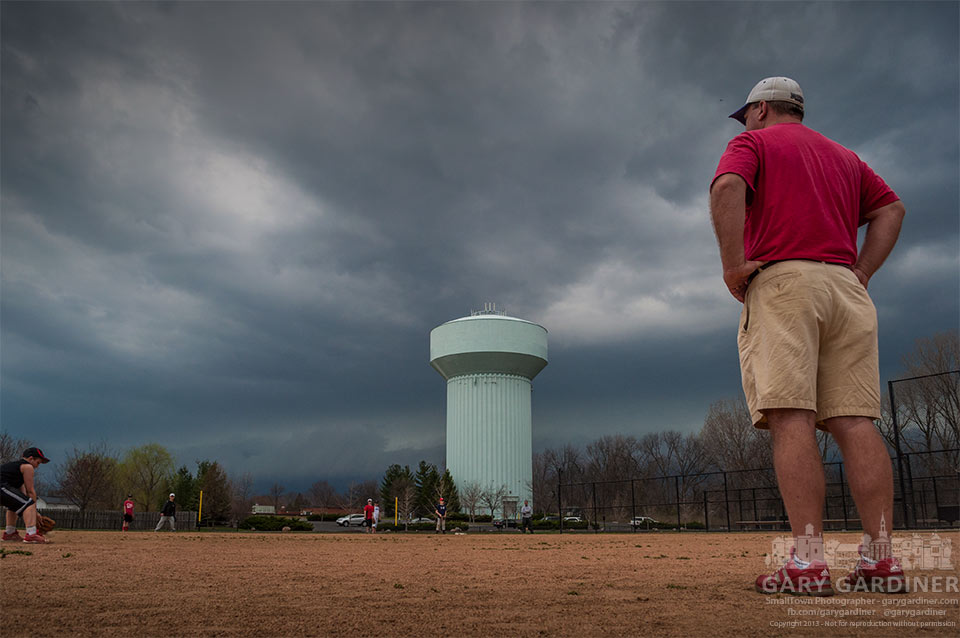 A youth baseball coach watches with one eye over his team during practice and with his other eye studies the progress of a storm front beginning to move into Westerville late in the afternoon.

After only several minutes of practice the team, and all the others playing in the park, were forced to leave as the sky darkened, the temperature fell about 15 degrees, and rain began to fall.