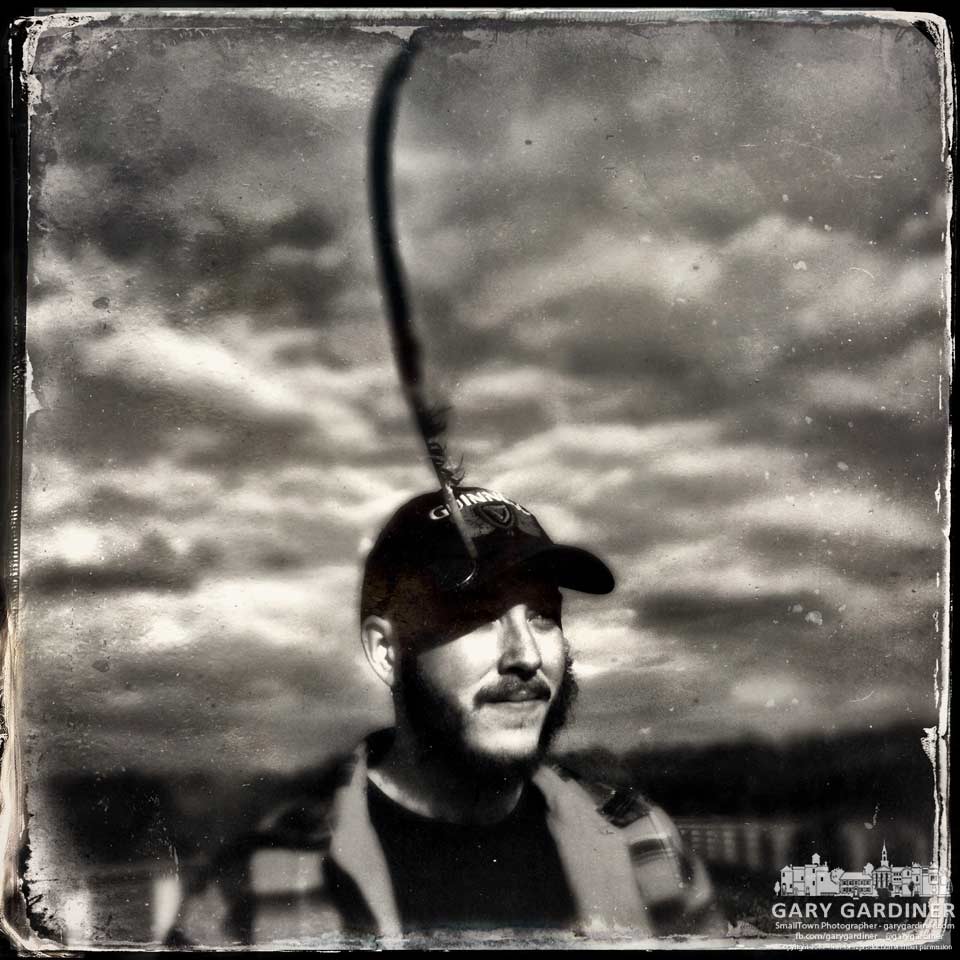 Man with feather in his cap portrait 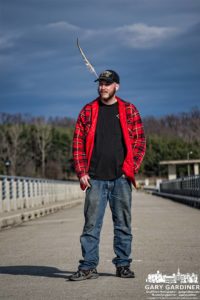 Man with goose feather in his baseball cap

I don’t visit Hoover Dam often during the winter. It’s too stark and void of people.

As the weather begins to change in early spring there is a hint of color along the eastern shoreline as flower buds and leaves appear in the treeline. The grey monotone of winter begins its slow evolution to the bright colored tones of spring. And, people arrive.

One of the earliest arrivals stood for me at the center of the dam for several minutes. I’d told him that I wanted a photo of him with his hat, the red shirt, his beard, and cigarette.

The only posing I did was to ask him to raise his head slightly to keep the brim of his hat from covering part of his face. His hand in his pocket, weight on one foot, and not looking at the camera are the natural positions his body fell into. It appears natural because it is. It’s not something I arranged, suggested, or manipulated.

Man with feather in his cap portrait – iPhone Hipstamatic Tintype

This photo took very little time because all the elements are natural. The posing, The light. The moment.

It’s great when so many necessary elements for a good photo happen organically. When the natural order of the elements presents themselves in a way that is pleasing and interesting.

Of course I had to shoot him the the iPhone Hipstamatic Tintype FilmPak. 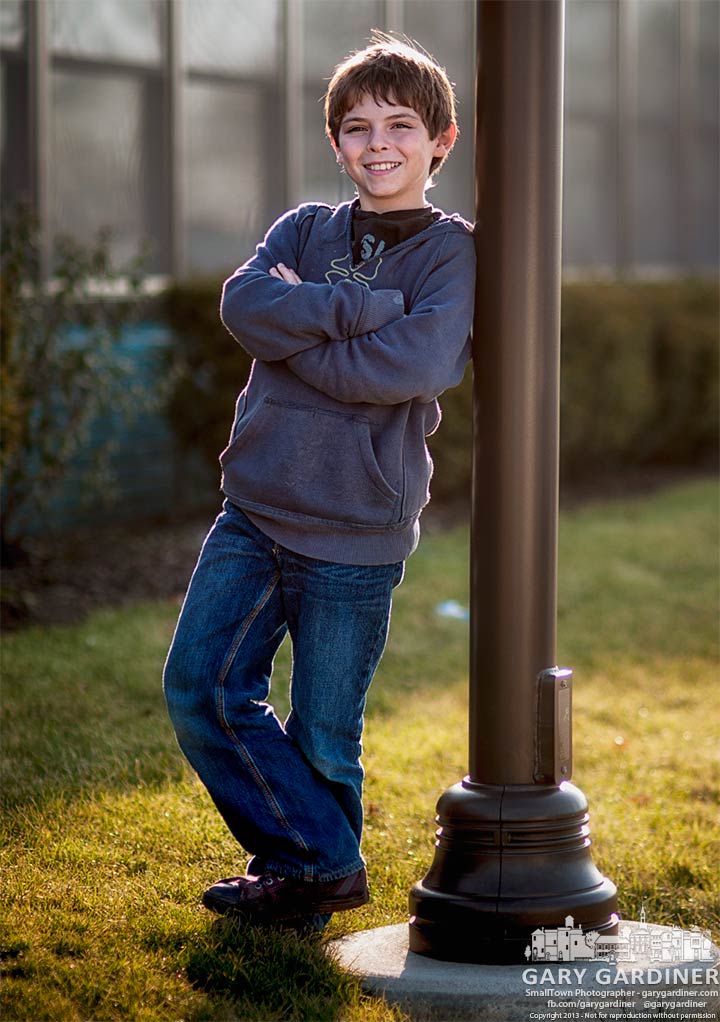 Portrait after dinner and before the road trip 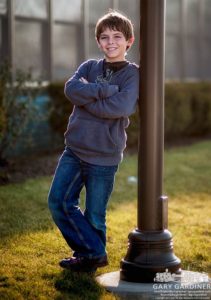 One of my favorite subjects is the nearest and the most agreeable grandchild. That was Owen’s task tonight after a fish dinner at St. Paul, and before he left on a road trip with his dad to Florida for Spring Break.

There wasn’t much time as they were on a tight schedule with a planned stop in North Carolina for an overnight stay with Owen’s uncle Dan and another brief stop in Gainesville, FL before heading to the beach condo.

Truth be know, I was envious. A week on the road stopping to see family, eating at Sonny’s in Gainesville, and then a week at the beach.

However, I didn’t let that distract me from the job at hand, getting a fresh photo of Owen before he left on the trip. Added the 85mm f1.8 lens to the bag and hoped the light would cooperate and  backgrounds wouldn’t be too distracting.

Not my best work but more than enough to keep his grandmother happy.

Wouldn’t have been possible without the narrow depth of field of the 85mm f1.8 lens and my daughter’s arm used as an extended lens shade to cut the glare.