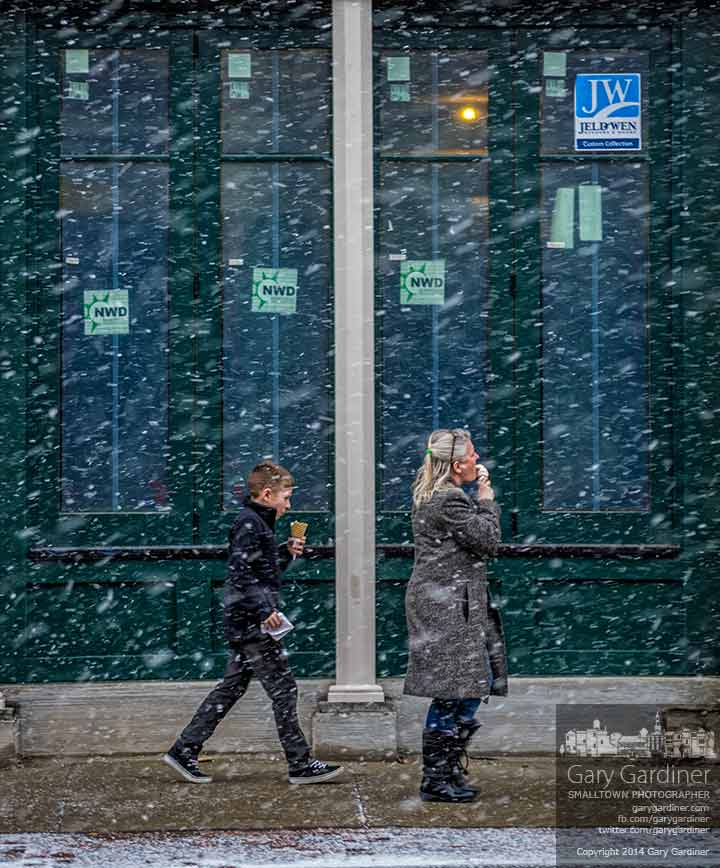 Cold treat in a snow squall

A mother and child enjoy ice cream cones as they walk through a snow squall in Uptown. My Final Photo for Jan. 17, 2014.

Cold treat in a snow squall

A mother and child enjoy ice cream cones as they walk through a snow squall in Uptown. My Final Photo for Jan. 17, 2014. 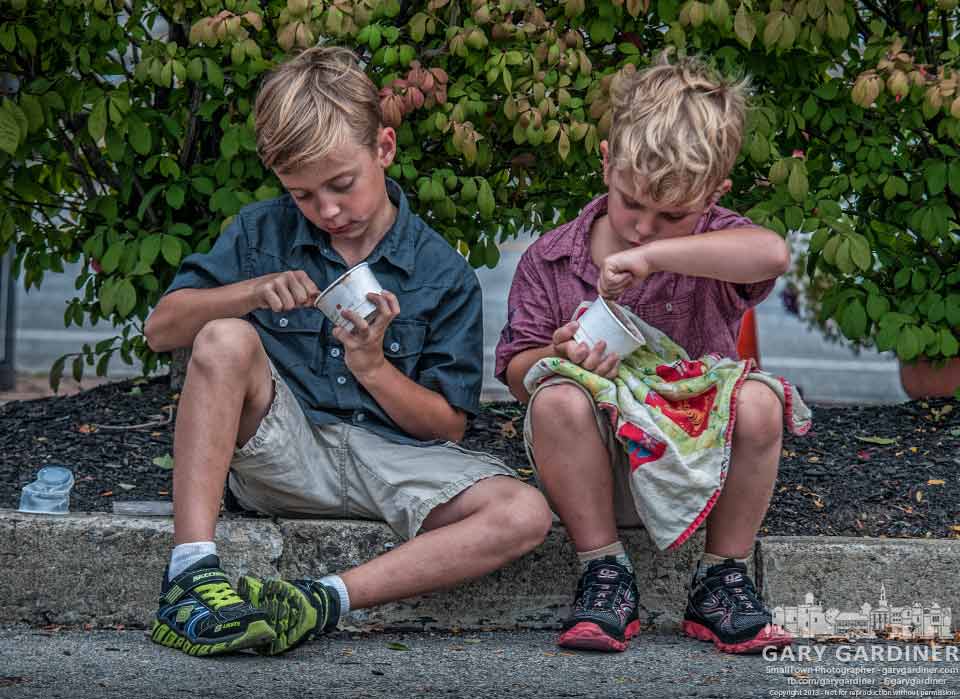 Two youngsters dig deep into the cups of ice cream they bought at the Uptown Westerville Farmers Market. My Final Photo for Aug. 21, 2013. 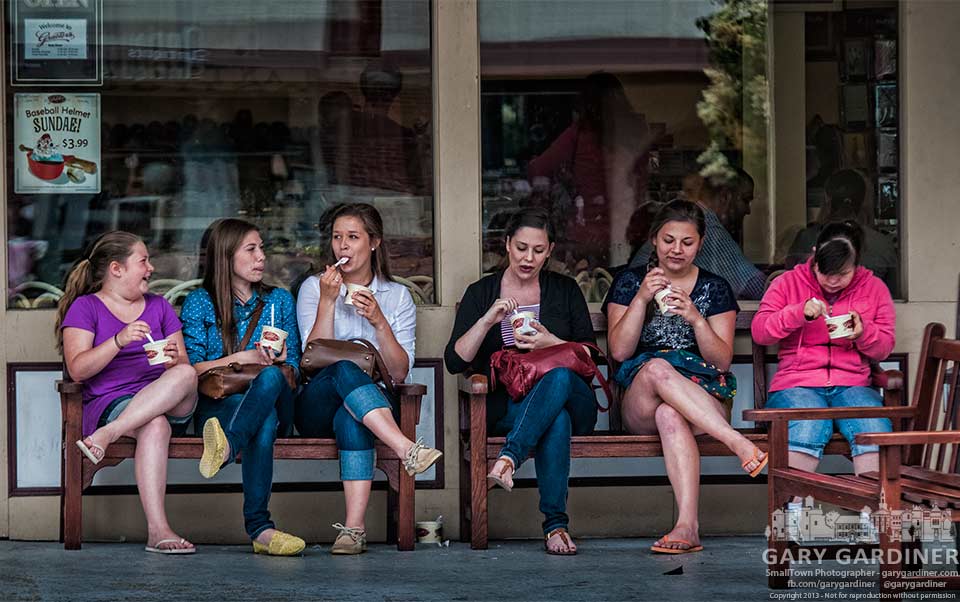 An afternoon of great taste

A group of home school students gather at Graeters for an ice cream treat at the end of the year. My Final Photo, June 7, 2013 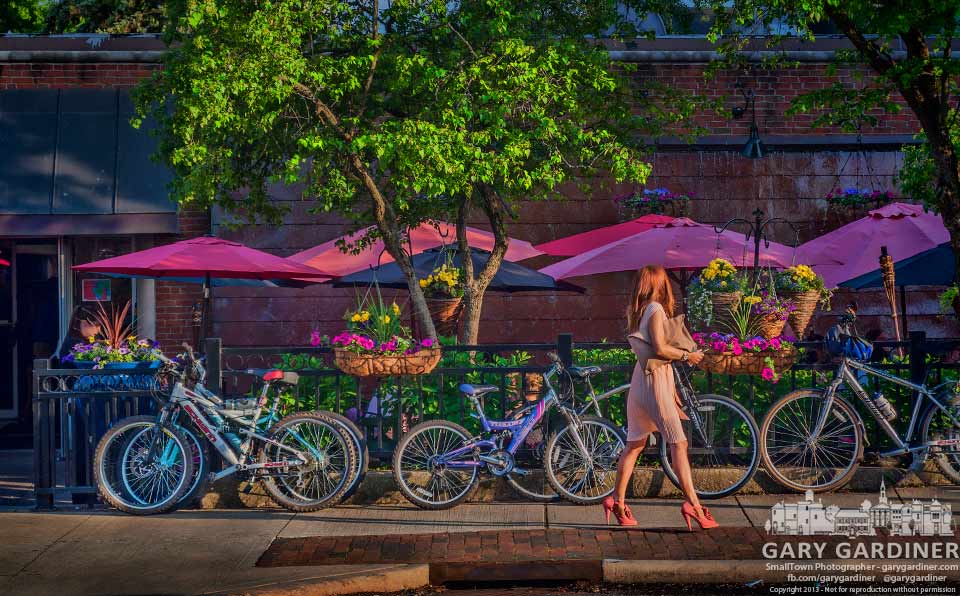 So much from which to choose

Woman walking past bikes outside bar patio is my Final Photo for May 17, 2013

Today’s My Final Photo was tough to choose because so much happened  in so little time in the afternoon that it was difficult to digest.

I had to choose from a collection of moments that created am interesting evening of contacts.

One choice was the 72-year-old married couple who met on match.com.

Another was the young couple who were shooting self portraits with a camera sitting on the hood of their car. I volunteered to shoot their photo and then shot one for myself.

The triplets from Wooster who were celebrating their first birthday at Jimmy V’s after visiting the St. Paul School class that created a prayer chain while mom was in the hospital waiting for their birth. Abigail, Brandon, and Claire are doing fine after being born at 27 weeks weighing a total of six pounds.

Then there’s the son who drove his 93-year-old mother to Graeters for ice cream in the family’s 1959 Silver Cloud Rolls Royce.

All this reminded me of the video I’d watched earlier in the day.