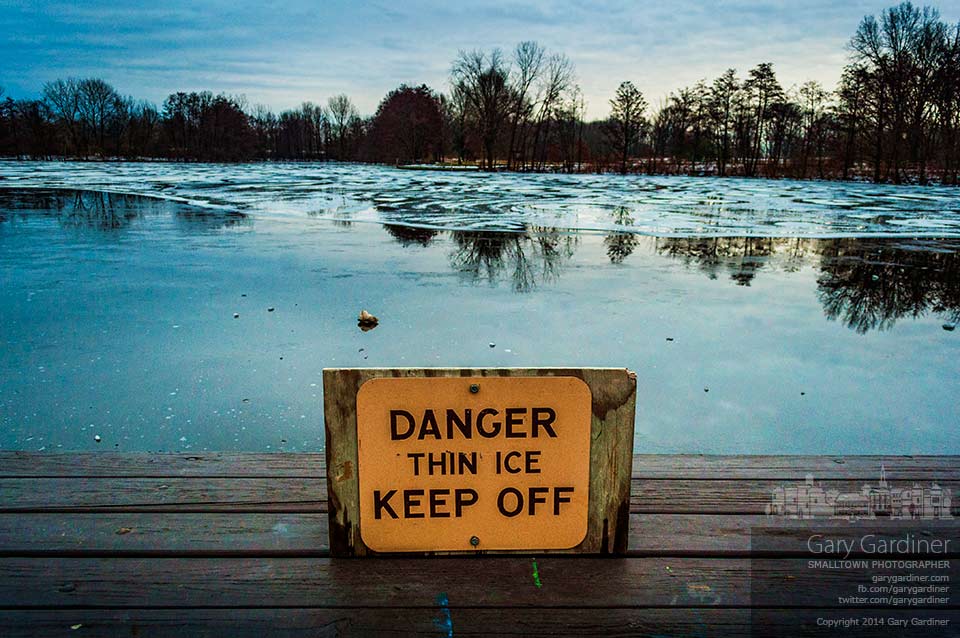 Warning signs for thin ice sit atop the picnic tables at the pond in Sharon Woods signaling the possibility of a dangerous surface for daring skaters. My Final Photo for Jan. 5, 2014.

Warning signs for thin ice sit atop the picnic tables at the pond in Sharon Woods signaling the possibility of a dangerous surface for daring skaters. My Final Photo for Jan. 5, 2014. 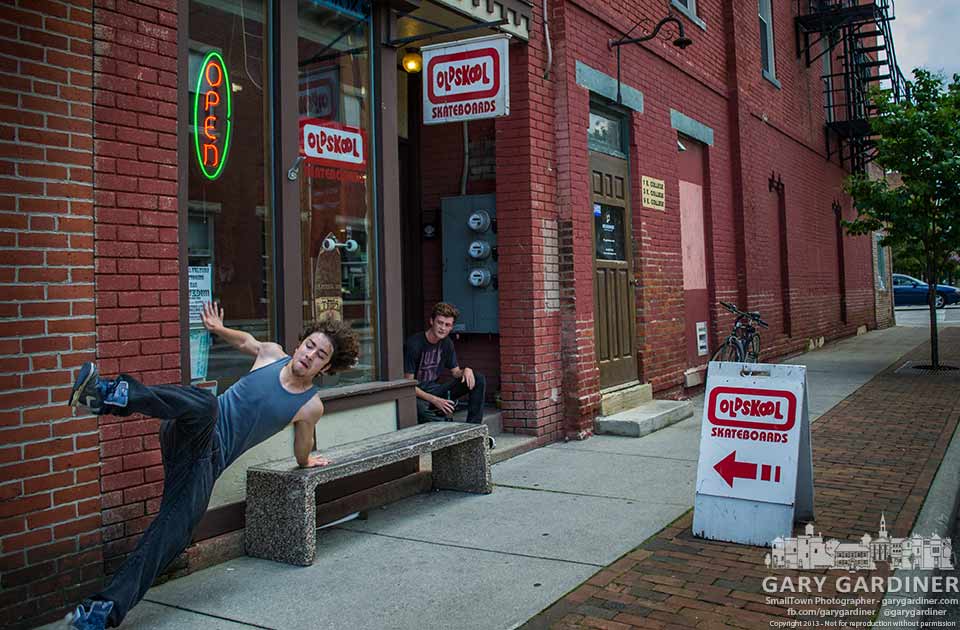 Upended at the end of the ride

A skateboarder vainly attempts to settle himself as he plops to the sidewalk after losing his balance at the end of a trick on the concrete bench in front of
OldSkool Skateboards on College Ave. My Final Photo for June 30, 2013 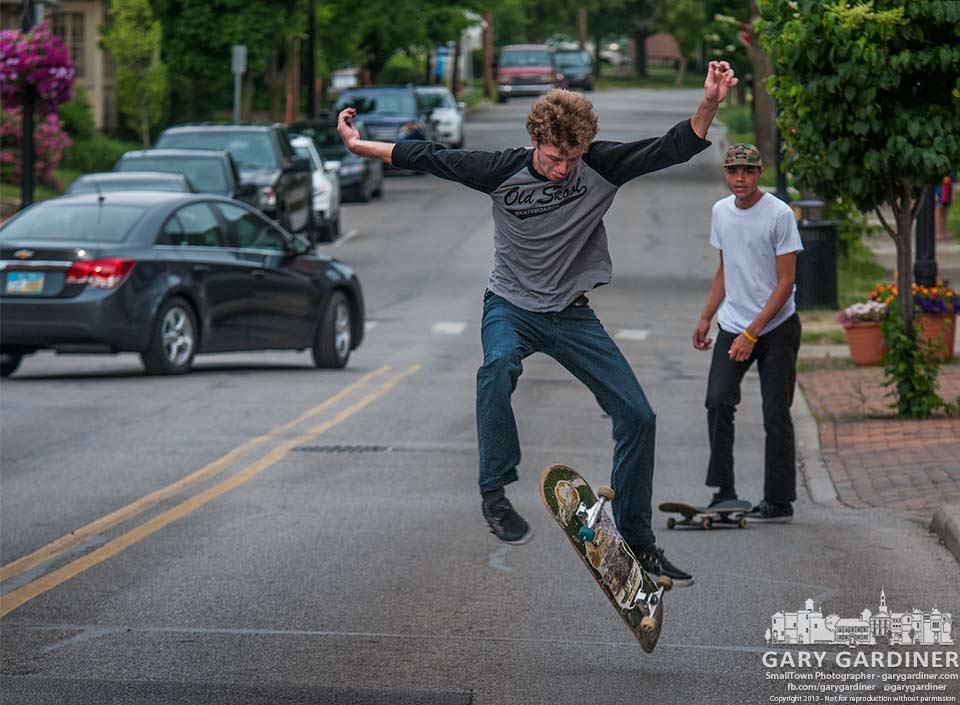 Skating before the storm 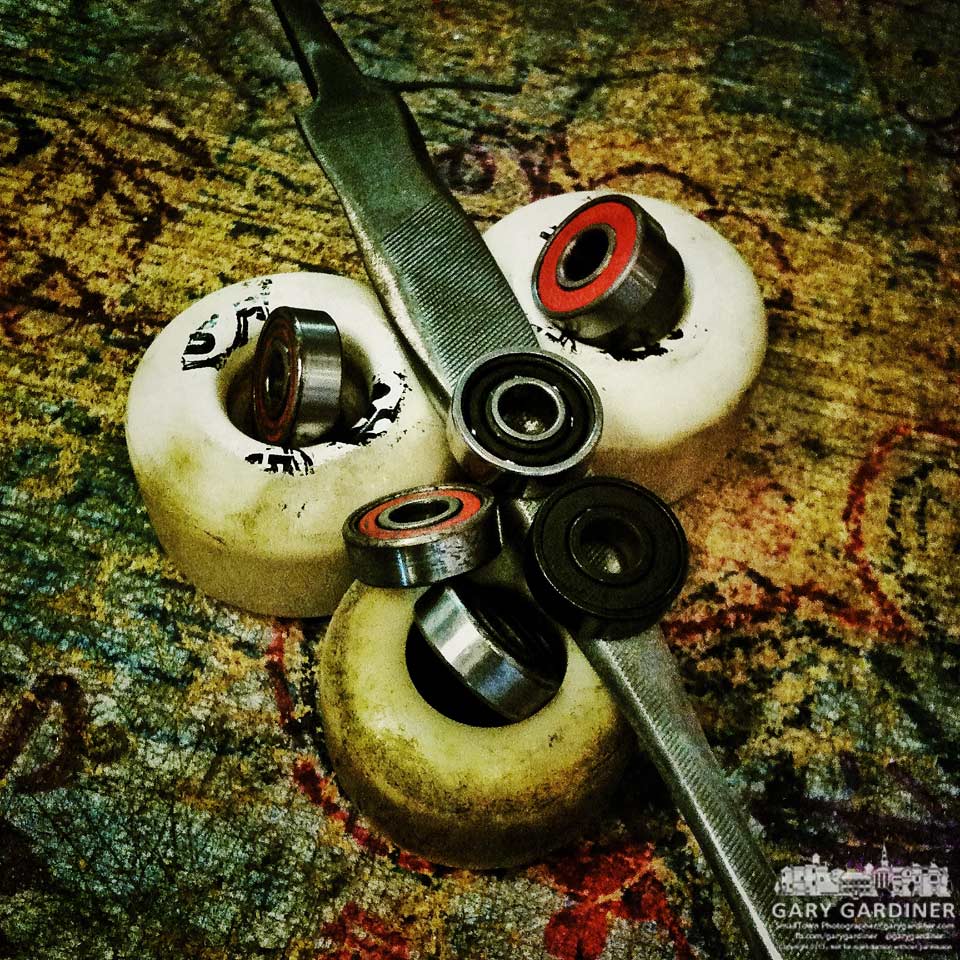 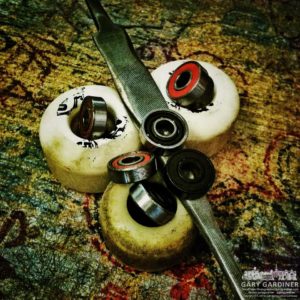